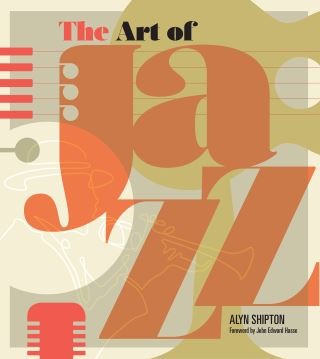 The Art of Jazz

The Art of Jazz explores how the expressionism and spontaneity of jazz spilled onto its album art, posters, and promotional photography, and even inspired standalone works of fine art.

Everyone knows jazz is on the cutting edge of music, but how much do you know about its influence in the visual arts? With album covers that took inspiration from the avant-garde, jazz's primarily African American musicians and their producers sought to challenge and inspire listeners both musically and visually.

Arranged chronologically, each chapter covers a key period in jazz history, from the earliest days of the twentieth century to today's postmodern jazz. Chapters begin with substantive introductions and present the evolution of jazz imagery in all its forms, mirroring the shifting nature of the music itself. With two authoritative features per chapter and over 300 images, The Art of Jazz is a significant contribution to the literature of this intrepid art form.

Alyn Shipton: Alyn Shipton is an award-winning author and broadcaster, who has written about jazz for over twenty years for the Times in London and is a presenter/producer of jazz programs for BBC Radio. As well as being on the editorial board for the original The Smithsonian Collection of Classic Jazz, and on the executive selection committee for the acclaimed revised edition, Jazz: The Smithsonian Collection, Shipton was consultant editor of the New Grove Dictionary of Jazz. He has a lifelong interest in oral history, including editing the memoirs of Danny Barker, Doc Cheatham, and George Shearing. His monumental New History of Jazz was the Jazz Journalists' Association book of the year, and won Alyn the coveted Jazz Writer of the Year title at the British Jazz Awards. In 2003 he won the Willis Conover/Marian McPartland Award for lifetime achievement in jazz broadcasting. In 2010 he was named Jazz Broadcaster of the Year in the UK Parliamentary Jazz Awards. He lives in Oxford, UK, and rural France.